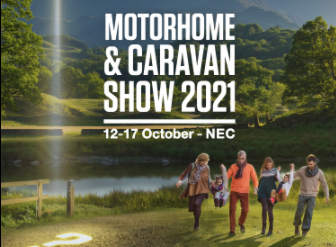 NCC cancels the 2021 Caravan, Camping & Motorhome Show for second year in a row

The nation’s largest indoor motorhome and caravan show, which was due to take place at Birmingham's NEC this October, has been cancelled for the second year in a row.

The organiser, NCC Events, said it blamed the cancellation on the lack of clarity over the rules for large, organised indoor events, which it said ‘continue to be unclear’ and also on concerns that the show may generate even more demand for new leisure vehicles at a time when it may prove to be ‘untenable for some’ exhibitors to meet.

Last year’s show was cancelled due to the ongoing spread of Covid-19 and uncertainty around national lockdowns.

NCC Events said it will now focus its attention on the Caravan, Camping & Motorhome Show which will take place at the NEC between 22nd to 27th February 2022.

“We have taken the decision not to go ahead as planned with the Motorhome and Caravan Show this October and instead to focus on our next show,” it said.

“With only 14 weeks to go until the show, which is one of the largest public events in the country, rules on large, organised indoor events continue to be unclear. We have taken feedback from our exhibitors and, while the industry is seeing a huge demand for touring caravans, campervans and motorhomes from the UK staycation boom, there are many challenges in the supply chain, which make the timing of this year’s show, and the additional demand it would generate, untenable for some.”

NCC Events is the organiser of the two largest caravan shows in the UK, the Caravan, Camping and Motorhome Show 2021 and the Motorhome & Caravan Show 2021 (12-17 October 2021). Each show attracts in the region of 90,000 + visitors, putting them in the top 10 most visited consumer exhibitions in the country.